I have read two books this week and am about 60% of the way through a third. Due to illness, my concentration has been very poor and when that happens, I tend to read random sites and play games on my iPad. Anyway, here are the books that I did finish. 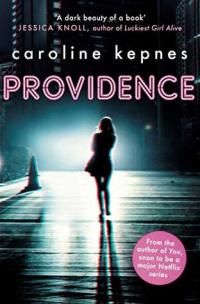 The first book was Providence by Caroline Kepnes. I thought I would take a quick break in between reading books by Mark Lawrence, so I turned to what I thought would be an exhilarating thriller. Here is the blurb:

Growing up as best friends in small-town New Hampshire, Jon and Chloe are the only ones who truly understand each other, though they can never find the words to tell one another the depth of their feelings. When Jon is finally ready to confess his feelings, he’s suddenly kidnapped by his substitute teacher who is obsessed with H.P. Lovecraft and has a plot to save humanity.

Mourning the disappearance of Jon and facing the reality he may never return, Chloe tries to navigate the rites of entering young adulthood and “fit in” with the popular crowd, but thoughts of Jon are never far away.

When Jon finally escapes, he discovers he now has an uncontrollable power that endangers anyone he has intense feelings for. He runs away to protect Chloe and find the answers to his new identity–but he’s soon being tracked by a detective who is fascinated by a series of vigilante killings that appear connected.

Whisking us on a journey through New England and crashing these characters’ lives together in the most unexpected ways, Kepnes explores the complex relationship between love and identity, unrequited passion and obsession, self-preservation and self-destruction, and how the lines are often blurred between the two.

Well, the book simply didn’t work for me at all and so here is my verdict as written on Goodreads (I awarded the book two stars):

I am not really sure how and why I finished this book. I thought it was going to be a thriller about a kidnapping and its aftermath, but not like this! It was sort of compelling in parts, but also dragged badly in others. Apparently her other books are better – I hope so!

Perhaps Mark Lawrence’s amazing writing spoiled me for this book…..maybe! 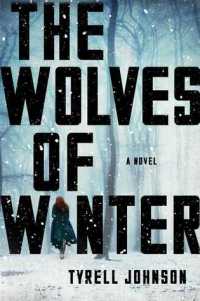 The Wolves of Winter by Tyrell Johnson

After this debacle, I turned to our Library Service’s ebook catalogue and selected Tyrell Johnson’s The Wolves of Winter. This is the blurb:

Lynn McBride has learned much since society collapsed in the face of nuclear war and the relentless spread of disease. As memories of her old life haunt her, she has been forced to forge ahead in the snow-covered Canadian Yukon, learning how to hunt and trap to survive.

But her fragile existence is about to be shattered. Shadows of the world before have found her tiny community—most prominently in the enigmatic figure of Jax, who sets in motion a chain of events that will force Lynn to fulfill a destiny she never imagined.

I gave the book three stars, although it really was just short of four, I think. Here is my review on Goodreads:

I enjoyed this book and read it very quickly in one go. It was a good story, with plenty of action and excitement but very simply told and easy to read. It felt like a Young Adult book in parts, but some of the subject matter would be better for older teens onwards. The ending was good and it seemed as if there might be a sequel in the offing, which I would be happy to read. The setting was also well written and atmospheric; the characters were developed and interesting. Worth reading. 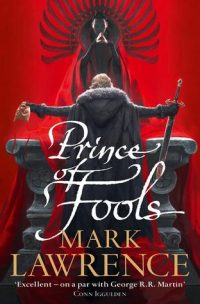 Prince of Fools by Mark Lawrence

I am currently re-reading the first book in Mark Lawrence’s second series: Prince of Fools (The Red Queen’s War). I first read this in 2016, before I started this blog, and couldn’t remember more than the basic plot outline, so decided to read it again before tackling books two and three (which are currently piled next to my bed). In fact, I am glad that I did decide to re-read, as I really had forgotten a lot of important parts of the story. Anyway, I will tell you more about how I get on in next week’s post.

Retired School Librarian
View all posts by The Librain →
This entry was posted in Reading and tagged book reviews, books, ebooks, Goodreads. Bookmark the permalink.