Here is the first Reading Roundup of 2018! After checking on Goodreads, I can see that I read 127 books last year. My record year so far was 145 in 2016, although I wasn’t doing much else, such as writing this blog, that year. Of course, I have no idea how many books I read in year when I was younger as I didn’t write anything down. As I remember books from the past I add them to Goodreads, although I can’t usually recall when I read them. 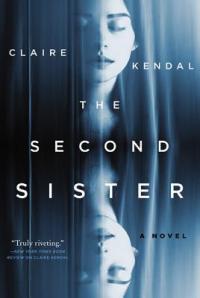 The Second Sister by Claire Kendal

So, what have I been reading since last Thursday? My first book was The Second Sister by Claire Kendal. Here is the blurb:

A decade ago, Ella Brooke’s older sister, Miranda, vanished without a trace. With every passing year, Ella has come to resemble more closely the sister she lost—the same dark hair, the same piercing blue eyes—and now she’s the same age Miranda was when she disappeared.

Ella has never let go of her sister. She can still feel Miranda’s presence, still hear her voice. She still talks to her. What holds Ella together is her love for her sister’s ten-year-old son and her work as a self-defense expert helping victims.

Ella is certain that Miranda was taken, and that one man is key to her disappearance: Jason Thorne. The tabloids report that a new link has been found connecting Miranda to this sadistic serial killer locked away in a psychiatric hospital. Ignoring warnings from the police and the disapproval of her parents, she seeks Thorne out. Ella will do whatever it takes to uncover the truth—no matter how dangerous…

This is what I wrote on Goodreads, whilst giving the book four stars:

An excellent psychological thriller. Some slight confusion with time issues. Very gripping to read with interesting characters. Very creepy indeed in parts! I am glad that I found this as an ebook and will look for more by this author.

My second book was another book about sisters, this time by the wonderful Karin Slaughter: Pretty Girls. This is the blurb:

More than twenty years ago, Claire and Lydia’s teenaged sister Julia vanished without a trace. The two women have not spoken since, and now their lives could not be more different. Claire is the glamorous trophy wife of an Atlanta millionaire. Lydia, a single mother, dates an ex-con and struggles to make ends meet. But neither has recovered from the horror and heartbreak of their shared loss—a devastating wound that’s cruelly ripped open when Claire’s husband is killed.

The disappearance of a teenage girl and the murder of a middle-aged man, almost a quarter-century apart: what could connect them? Forming a wary truce, the surviving sisters look to the past to find the truth, unearthing the secrets that destroyed their family all those years ago . . . and uncovering the possibility of redemption, and revenge, where they least expect it.

Powerful, poignant, and utterly gripping, packed with indelible characters and unforgettable twists, Pretty Girls is a masterful thriller from one of the finest suspense writers working today.

I usually adore Slaughter’s books and indeed I did enjoy this one up to a point (well, I did give it four stars), but I had some reservations:

I love Karin Slaughter’s work and must say that I did enjoy this book in many ways, but I am awarding it four rather than five stars because it was too gruesome in parts even for me! I can usually take “grue”, after all this is a fictional account and not real, however, when it comes to such a level of evil and violence against women I struggle. The book itself is great and I enjoyed reading the story from different points of view and then seeing how everything was resolved in the end. Recommended to those with very strong stomachs!

A Promise of Fire by Amanda Bouchet

My third book, Amanda Bouchet’s A Promise of Fire, was wholly unsuccessful and only deserved one star! This is the blurb:

Catalia “Cat” Fisa lives disguised as a soothsayer in a traveling circus. She is perfectly content avoiding the danger and destiny the Gods-and her homicidal mother-have saddled her with. That is, until Griffin, an ambitious warlord from the magic-deprived south, fixes her with his steely gaze and upsets her illusion of safety forever.

Griffin knows Cat is the Kingmaker, the woman who divines the truth through lies. He wants her as a powerful weapon for his newly conquered realm-until he realizes he wants her for much more than her magic. Cat fights him at every turn, but Griffin’s fairness, loyalty, and smoldering advances make him increasingly hard to resist and leave her wondering if life really does have to be short, and lived alone.

Of course, with very few exceptions, this book is wildly popular amongst reviewers on Goodreads, it is a romance-fantasy after all. Let’s just say that it definitely was not popular with me! Someone else wrote a brilliant negative review of the book, mine was more succinct (and a lot less brilliant):

Awful book. Such a hackneyed theme, clunky writing and inconsistent world building. The worst part of it is the dreadful main male character who goes way beyond the boundaries of consent. The main female is overridden again and again, but she appears to like this? Awful messages here for young women. Not recommended in any way.

A massive irritant for me was the author’s use of Hoi Polloi for a particular class of people. Except that she often writes “the Hoi Polloi”. In the original Ancient Greek (the book has a lot of elements from this period woven into the writer’s world building) hoi polloi means “the many” or “the majority”. So, writing “the Hoi Polloi” is effectively saying “the The Many” – very grating! 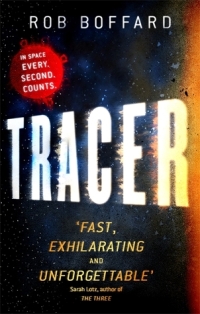 I still have three library books still in my pile before I have to go and borrow some more. I am currently about halfway through Tracer by Rob Boffard and will let you know my views next time.

Hoping you all enjoy great reads in 2018!