I haven’t written one of these for a while, so I have a few books to tell you about. The first book was worth the full five stars and I also put it into my “Favourites” category on Goodreads: 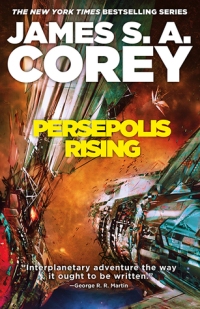 Persepolis Rising by James S A Corey is the seventh book in The Expanse series. Here is the blurb:

In the thousand-sun network of humanity’s expansion, new colony worlds are struggling to find their way. Every new planet lives on a knife edge between collapse and wonder, and the crew of the aging gunship Rocinante have their hands more than full keeping the fragile peace.

In the vast space between Earth and Jupiter, the inner planets and belt have formed a tentative and uncertain alliance still haunted by a history of wars and prejudices. On the lost colony world of Laconia, a hidden enemy has a new vision for all of humanity and the power to enforce it.

New technologies clash with old as the history of human conflict returns to its ancient patterns of war and subjugation. But human nature is not the only enemy, and the forces being unleashed have their own price. A price that will change the shape of humanity — and of the Rocinante — unexpectedly and forever…

This is my Goodreads review:

I took longer than usual to read this book because I wanted to savour it. As I came to this series a bit late in the day, I have been able to read all of the seven books so far without waiting in between for any to be published. Now I will have to wait around for number 8! All I can say is that this must be my favourite so far and I have added it to my “Favourites” list. The book is a stonking read, an absolutely brilliantly observed tale of empire building and the way that humans lie to themselves about their darker impulses. I can’t say much more without writing spoilers, but must advise anyone thinking of reading this book, or any others in the main series, to read them from the beginning in the correct order. This is not a series where you can dip in and out. Just start at book 1 and enjoy the amazing ride! I am almost envious of anyone who is about to begin.

Oh, how I wish #08 was already published! 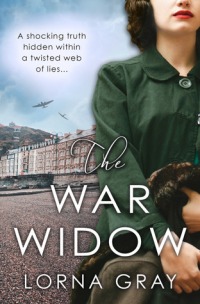 The War Widow by Lorna Gray

The next book was an ebook called The War Widow by Lorna Gray. This was a totally serendipitous choice from our library service’s digital collection. This is the blurb:

The echoes of war live long in the mind…

Injured and terrified after an attempted abduction, desperation drives artist Kate Ward to the idyllic scene of her ex-husband’s recent suicide. Labelled a hysterical, grieving divorcée, no one believes she is being pursued by two violent men demanding answers she cannot give. Not the police, not the doctors, and not the guests at the Aberystwyth hotel she has come to in an attempt to find out what happened to her charismatic photographer ex-husband, and why her sanity—and her life—are now at risk.

Kate can trust no one, not even the reclusive war-veteran-turned-crime-novelist, Adam Hitchen, a reserved widower and the only source of kindness in a shadowy world of suspicion and fear. And as ghosts old and new rise to haunt her, Kate must rely on all her strength and courage to uncover the shocking truth hidden within a twisted web of lies…

I enjoyed this book and awarded it three stars. Here is my review:

I am not sure what to say about this book. I chose it on a whim, from our library’s ebook catalogue, and was given only a vague idea of what it might be about. The plot was interesting, a psychological thriller, I suppose, set in the 1940s. It felt authentic to the period and I enjoyed some of the interplay between the male and female characters, so restricted by the manners and mores of the time. But it was very confusing in parts and I kind of lost track of what was going on at times. The heroine’s constant introspection and convoluted internal musings became rather irritating too. So, this deserves slightly more than three stars, but not quite four IMHO. 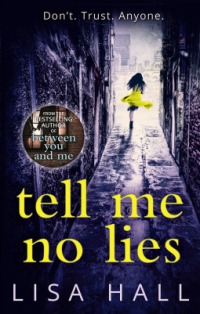 Tell Me No Lies by Lisa Hall

The following book was from my book pile: Tell Me No Lies by Lisa Hall. This time the blurb is very short:

It was supposed to be a fresh start.

A chance to forget the past and embrace the future.

But can you ever really start again?

Or does the past follow you wherever you go…

I’m afraid my reaction to this book was rather negative:

Truly dreadful book. Why on earth did I waste my time with this and actually finish it? Nothing positive to say, so I won’t write any more.

See? I gave it only one star and put it in my “Rubbish Bin” category! 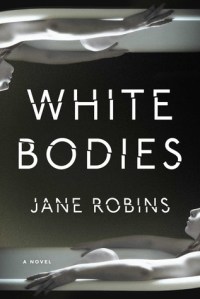 Luckily, my last book of the week was somewhat better to read. White Bodies by Jane Robins was another ebook. Here is the blurb:

Felix and Tilda seem like the perfect couple: young and in love, a financier and a beautiful up-and-coming starlet. But behind their flawless facade, not everything is as it seems.

Callie, Tilda’s unassuming twin, has watched her sister visibly shrink under Felix’s domineering love. She has looked on silently as Tilda stopped working, nearly stopped eating, and turned into a neat freak, with mugs wrapped in Saran Wrap and suspicious syringes hidden in the bathroom trash. She knows about Felix’s uncontrollable rages, and has seen the bruises on the white skin of her sister’s arms.

Worried about the psychological hold that Felix seems to have over Tilda, Callie joins an Internet support group for victims of abuse and their friends. However, things spiral out of control and she starts to doubt her own judgment when one of her new acquaintances is killed by an abusive man. And then suddenly Felix dies–or was he murdered?

This was a much more successful book, worth a solid three stars, and here is what I wrote:

A very odd book indeed. The main plot has been done so many times, but this version had its unique moments and these, for the most part, were quite good. There were certainly some excellent moments and some very unexpected happenings. I found that the book dragged somewhat in the middle, but the ending was pretty good. Worth a read if you like creepy thrillers.

i am currently enjoying watching Battlestar Galactica via my Amazon Prime subscription, so that might interfere with reading! When my concentration is good, I will begin my next book: 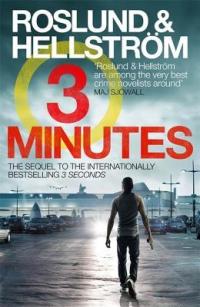 I will let you all know how that goes next week.

Happy Reading to you all and best wishes,