Three great books this week. I am so lucky to have a local library which stocks my favourite genres in such abundance. Long may it continue! 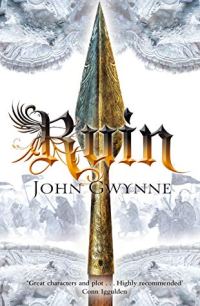 My first book was Ruin by John Gwynne, #03 of The Faithful and the Fallen. I am really enjoying this series and will be picking up the final book, Wrath, as soon as I can get to the Library. Here is the blurb:

The Banished Lands are engulfed in war and chaos. The cunning Queen Rhin has conquered the west and High King Nathair has the cauldron, most powerful of the seven treasures. At his back stands the scheming Calidus and a warband of the Kadoshim, dread demons of the Otherworld. They plan to bring Asroth and his host of the Fallen into the world of flesh, but to do so they need the seven treasures. Nathair has been deceived but now he knows the truth. He has choices to make, choices that will determine the fate of the Banished Lands.

Elsewhere the flame of resistance is growing – Queen Edana finds allies in the swamps of Ardan. Maquin is loose in Tenebral, hunted by Lykos and his corsairs. Here he will witness the birth of a rebellion in Nathair’s own realm.

Corban has been swept along by the tide of war. He has suffered, lost loved ones, sought only safety from the darkness. But he will run no more. He has seen the face of evil and he has set his will to fight it. The question is, how? With a disparate band gathered about him – his family, friends, giants, fanatical warriors, an angel and a talking crow he begins the journey to Drassil, the fabled fortress hidden deep in the heart of Forn Forest. For in Drassil lies the spear of Skald, one of the seven treasures, and here it is prophesied that the Bright Star will stand against the Black Sun.

Wow! This book was such a great read! Not quite a five star, but very close. This is my review on Goodreads:

It seems safe to say that, so far, each book in this series has been better than its predecessor. I really cannot say much more in this review than I have already said in the previous ones: the positives of Gwynne’s writing far outweigh the negatives. The book was engaging, exciting, gripping. It was by turns tragic, wonderful, uplifting. The style continued to annoy me, but the plot and characters were so good that I powered through and (most of the time) ignored the short chapters and swapping points of view.

I cannot wait to read the final book!

I really hope that Gwynne continues to write at this high standard as I really want to read even more of his work. 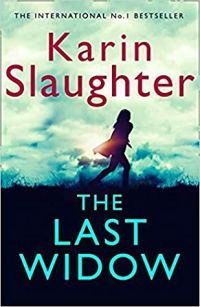 The Last Widow by Karin Slaughter

I had been on a long reserve list for my second book of the week: The Last Widow by Karin Slaughter. She is one of my favourite crime/thriller writers. With this book, be aware that you need to set aside enough time to read it in one sitting because you will be unable to put it down once you begin! Anyway, this is the blurb:

On a hot summer night, a scientist from the Centers for Disease Control is grabbed by unknown assailants in a shopping center parking lot. Vanished into thin air, the authorities are desperate to save the doctor.

One month later, the serenity of a sunny Sunday afternoon is shattered by the boom of a ground-shaking blast—followed by another seconds later. One of Atlanta’s busiest and most important neighborhood’s has been bombed—the location of Emory University, two major hospitals, the FBI headquarters, and the CDC.

Medical examiner Sara Linton and her partner Will Trent, an investigator with the Georgia Bureau of Investigation, rush to the scene—and into the heart of a deadly conspiracy that threatens to destroy thousands of innocent lives. When the assailants abduct Sara, Will goes undercover to save her and prevent a massacre—putting his own life on the line for the woman and the country he loves.

This book is #09 in her Will Trent series and I think that I have read most. I had better check the Goodreads list against our library service’s catalogue and make sure that I fill in all of the gaps! Here is my four star review:

This was truly an edge of the seat read! High adrenalin, heart pumping, book gripping, teeth grinding stuff. I love Slaughter’s writing style and simply couldn’t put this book down until I had finished. Even though this was #09 in the Will Trent series, there was no sign of any deterioration in plot or characterisation. One star was knocked off for a small niggle. Whilst I enjoyed the retelling of events from different points of view and most of the time this worked well, occasionally it did feel somewhat repetitive. Apart from this, the book was one of her very best and her very best is fantastic – highly recommended! 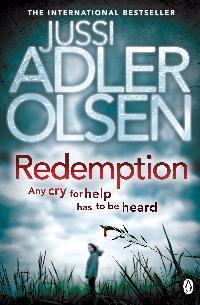 I had written two thirds of this post, then put it aside whilst I went back to my book. The ending was so good that I finished it in time to add it to this week’s Roundup: Redemption by Jussi Adler-Olsen. Here is the blurb:

Two boys, brothers, wake tied and bound in a boathouse by the sea. Their kidnapper has gone, but soon he will return. Their bonds are inescapable. But there is a bottle and tar to seal it. Paper and a splinter for writing; blood for ink. A message begging for help.

In Copenhagen’s cold cases division Carl Mørck has received a bottle. It holds an old and decayed message, written in blood. It is a cry for help from two boys. Is it real? Who are they and why weren’t they reported missing? Can they possibly still be alive?

This book was between three and four stars, in my view. This is my short review:

This was a really different kind of crime novel. The characters were very quirky and there was a dark humour to the writing. The book had a strangeness to it that was very attractive, despite the shocking theme of murder and kidnapping. There were some extremely gripping scenes and interesting twists to the plot. I am sure that I will enjoy reading more by this author if our library has his books in stock.

Now, I am not sure which book I will choose next from my huge pile next to the bed. But it will be fun reading the blurbs to aid my decision.

Happy Reading and best wishes to you all,