So we have got to the end of May already and I have read 43 books so far this year, according to my records on Goodreads! You can see how much time I have on my hands these days 😉. 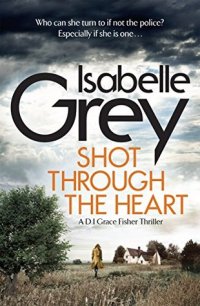 Shot Through the Heart by Isabelle Grey

I finished the book I mentioned last week, Isabelle Grey’s Shot Through the Heart, pretty quickly. It is the second book in her DI Grace Fisher series and I now want to read the first one as this was good. The main female character was well drawn although the men were, in varying degrees, rather misogynistic and corrupt. Still, it is sometimes good to have the opportunity to “boo” and “hiss” at a plot!

The Bitter Season by Tami Hoag

I have read quite a few Tami Hoag books and I am sure I will read more in the future. She has written a lot! I was not already familiar with her Kovac and Liska series, of which The Bitter Season comes in at 5, but once again enjoyed the characters. Some of them were a bit stereotypical – how many hard-bitten female cops are there in crime novels!?! – but the whole thing was a pretty gripping and gory murder thriller. 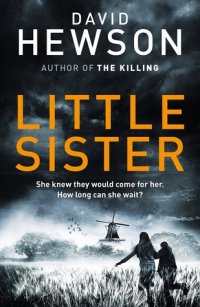 I have read the first and second books in David Hewson’s Pieter Vos series and so was really looking forward to this third episode, Little Sister, which I had requested from our local library service. Again, Hewson is fantastic with how he draws settings. The first two books were placed in Amsterdam and I could really put myself there as I read. This time, we were in the countryside near the city and this was so atmospheric that I could really see the flat pastureland and canals. The plot was not quite as good this time, but I can still recommend this series.

As you can see, I have really got on with reading this week. Probably to escape some of the political shenanigans going on at the moment! My digital request on Ann Cleeves’ Raven Black came up a few days ago and so I downloaded it to my iPad and read it almost in one sitting. Cleeves is another author who can really set a scene, so after Hewson’s Dutch countryside, I have travelled to Shetland in Cleeves’ book. I can see that I will be reading more of this series too. Perhaps I should alternate between this and her Vera set of books until I have finished?

I started The Hidden Legacy by G J Minett yesterday. For once, I am straying away from crime novels to mystery. I will write about this book next week, assuming I have finished it by then!

Retired School Librarian
View all posts by The Librain →
This entry was posted in Reading and tagged books, ebooks, public libraries. Bookmark the permalink.